You are here: Home › Sleep History › Significant Moments in the Study of Sleep Medicine
By Sleep Smarter on May 15, 2014 in Sleep History 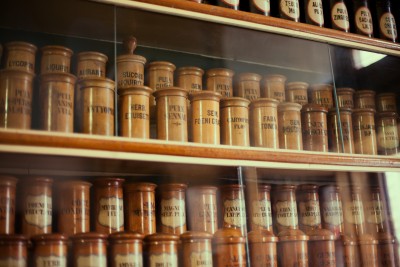 It is believed that the study of sleep has existed since the beginning of time. Researchers find it difficult to pinpoint any particular person, date or event that began sleep research. There are very few, if any, medical specialties that do not intersect with the study of sleep. It is a multidisciplinary science. Here are some significant contributions to the field of sleep medicine:

1809: Neuro-anatomist, Luigi Rolando revealed a portion of the anatomy of sleep and wakefulness. He removed the cerebral hemispheres in the brains of birds, noting their permanent state of sleepiness.

1845: James George Davey observed changes of his body temperature and concluded that biological cycles, which include sleep, are regular despite external cues. A person could go to sleep at approximately the same time without a clock, even in environments without natural light.

1900: Sigmund Freud noted the muscle paralysis which kept dreamers from acting out their dreams.

1929: While using a electroencephalogram (EEG), Johannes Berger was able to demonstrate the differences in brain activity between being wake and sleeping by recording electrical impulses.

1946: Horace Magoun and Ruth Rhines proved that a network of nerves in the brainstem were responsible for the inhibition of skeletal muscles during sleep.

1971: Researchers identify the genes responsible for the functioning of internal biological clocks.

1993: Legislation is passed to create the National Center for Sleep Disorders Research in the U.S.

1996: The American Medical Association recognizes sleep medicine as a specialty.

The study of sleep medicine is constantly evolving and it is truly remarkable how far the field has come in the last 100 years. We are looking forward to bringing you new updates they come in to help you understand and improve your relationship with sleep!

Via: Talk About Sleep