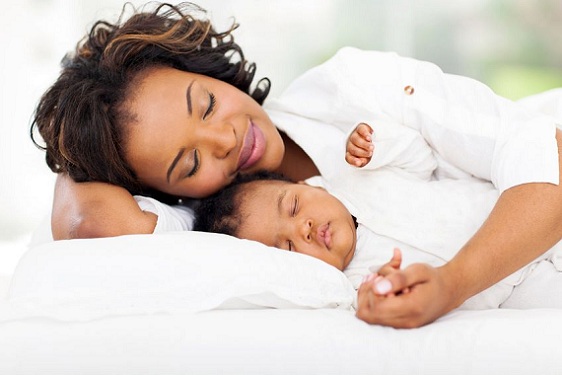 New parents have to make plenty of difficult decisions regarding their new babies, including where they should sleep. Although babies are known to wake up frequently during their earlier months, research suggests that parents should fight the temptation to share their beds with their new babies as it diminishes their overall sleep quality.

Published in the Journal of Developmental and Behavioral Pediatrics, the study included 55,831 reports from mothers regarding their children’s sleep in order in estimate the both the stability and indicators of shorter sleep and awakenings. Sleeping at least half the night in the same bed as their parents was defined as bed sharing by the study researchers.

Researchers found that the occurrence of sleep problems was high between 6 to 18 months of age, impacted by already established sleeping arrangements and sleep behavior.

The data was collected was a joint effort by the Norwegian Institute of Public Health, Uni Research Health and the University of California, Berkeley from the  Norwegian Mother and Child Cohort Study (MoBa).

Sleep is even more critical for infants and children as their bodies are growing and their brains are processing so much new information. Bed sharing is a personal decision for each family, and we recommend doing what works best in your household so that everyone is getting the sleep they need. If you have concerns about helping your infant sleep safely, don’t hesitate to get some tips from a licensed pediatrician.