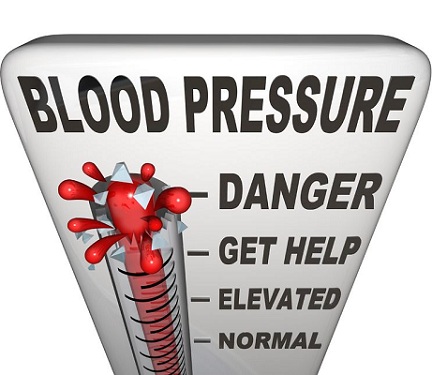 The importance of getting your obstructive sleep apnea (OSA) treated cannot be stressed enough. One study published by the American Academy of Sleep Medicine’s Journal of Clinical Sleep Medicine has revealed a strong link between severe, untreated OSA and high blood pressure undeterred by blood pressure medications.

284 participants who were at risk for cardiovascular disease, or had an established heart disease, along with moderate or severe OSA were used in the study. 73 of the participants were assigned an intensive anti-hypertension regimen, including at least medications against high blood pressure and a diuretic.

Out of the 73 participants on the intensive regimen high blood pressure was more common among those with severe OSA at 58.3%, compared to those with moderate OSA at 28.6%. In addition, the participants with severe, untreated OSA were four times more likely to have resistant high blood pressure even after adjusting for other risk factors such as smoking status and body mass index.

“High blood pressure that is resistant to treatment with medications is a strong warning sign for the presence of obstructive sleep apnea, a chronic disease that increases the risk for heart disease and stroke,” shared Dr. Timothy Morgenthaler, the American Academy of Sleep Medicine President. “Over one-third of patients with hypertension and nearly eight out of 10 patients with treatment resistant hypertension have obstructive sleep apnea. People who have high blood pressure should talk to a doctor about their risk for sleep apnea.”

The significance of the findings shouldn’t be taken lightly. It is estimated that around 36 million people have an issue controlling their blood pressure, according to the Centers for Disease Control and Prevention. In combining that number with the 80% of people with drug resistant high blood pressure who also have severe OSA, you can see the cause for concern. If you aren’t sure what sleep apnea episode looks like, click here!