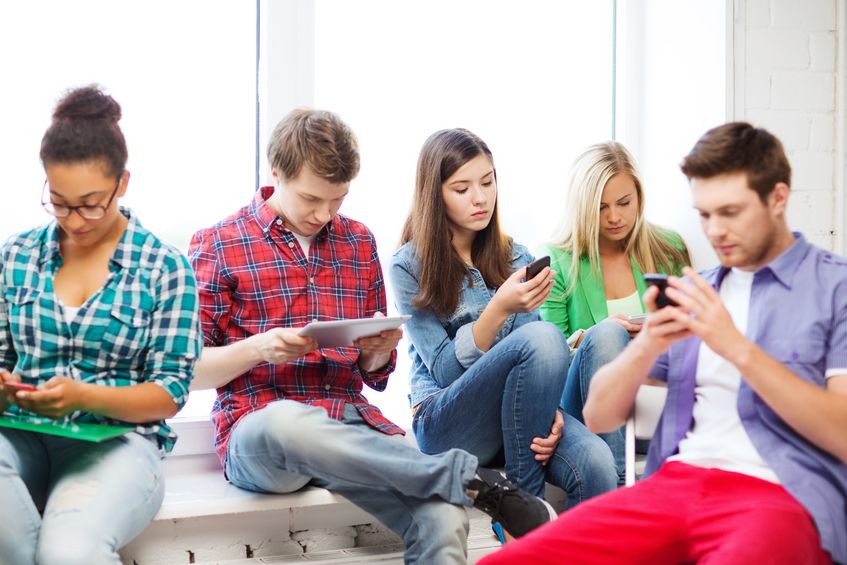 Whether it’s a smartphone, tablet, TV, computer or e-reader — teenagers love their electronics.  However, according to new research shared by Live Science, teenagers who are glued to their electronic devices during the day are more likely to experience sleep problems at night.

Published this week in the journal BMJ Open, researcher at Uni Research Health collected data from more than 9,800 teenagers between the ages of 16 and 19. The teenagers were surveyed regarding their electronic usage throughout the day, and sleep habits, including their bedtime routine, how long it took them to fall asleep and how long they slept each night.

Mostly all of the teenagers admitted to using an electronic device within the hour before their bedtimes. While girls spent more time using their smartphones and MP3 music players, boys racked up more time with their game consoles.

Lead researcher Mari Hysing shared that while using electronics is a part of teenagers lives, it’s important to be aware of exactly how much time those devices take up.

“Parents could start with being good role models and restrict their media use both during day and nighttime,” she added. “Helping the teenagers get good media and sleep routines is an important part of parenthood.”

The National Sleep Foundation recommends that teenagers collect 8-9 hours of sleep each night, including the weekends, for optimal health, happiness and a better academic performance. Make sleep an open conversation in your home, and always ask a licensed physician if you have any concerns.