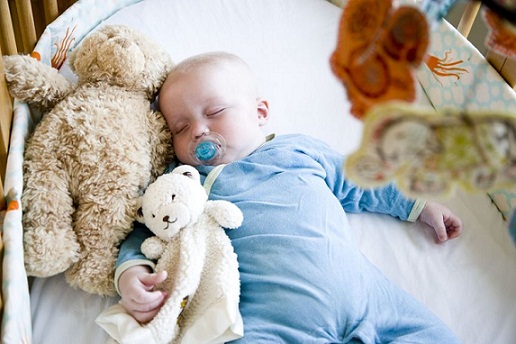 While bringing a newborn into the world is exciting time for parents, there is often worry about keeping their new love safe and sound. Putting their babies down for sleep is especially worrisome as most parents know the risks of sleep-related deaths.

A new study has taken a look at the risk factors for sudden infant death syndrome (SIDS) and other sleep-related causes of infant deaths to access if they change as newborns reach certain age groups. Published online on July 14 in the August 2014 edition of Pediatrics, the findings were based on data collected on sleep-related infant deaths from 24 states from 2004-2012 by the National Center for Review and Prevention of Child Deaths Case Reporting System.

A total of 8,207 infant deaths were analyzed and divided into 2 groups, younger (o-3 months) and older (4 months-12 months). Factors such as bed sharing, location (crib, adult, etc.), objects in their sleep environment and sleep position were taken into account.

SIDS is the leading cause of death among infants between the ages of 1-12 months, with a higher concentration being in the 1-4 month age range. The American Academy of Pediatrics continues to recommend that parents follow their clear guidelines to increase the safety of their infants.

Co-sleeping is a personal decision for each family, but it’s always wise to be aware of different information as well as the risks that each age group faces to make that decision. Discuss any concerns or questions with a licensed pediatrician as your beginning a new journey of parenthood.

Ask Brandon: What’s the Best Sleep Gear for Me?
4 Skin Problems You Can Avoid With Sleep